This study interprets and explains Hiroko Tanaka one of the major characters of Burnt Shadows from the perspective of cross-cultural construction by using Transitivity which is a major system for the explanation of experiential meta function at the level of clause in Systemic Functional Grammar. Shamsie's Burnt Shadows (2009) covers five countries and fifty-six years. The novel is about diverse cultures and significant historical periods of the world represented through the intimate relations among the characters. Systemic Functional Linguistics describes language in four hierarchical levels, and the relation among these levels is that of realization/actualization of higher strata realized in the next lower level. This study exploits this realization from the lower level of lexico grammar up to the higher level of Semantics and fictional Context created within the novel. The results obtained by applying this analytical framework. Transitivity Concordance and Role Dynamism equip are searcher with some objective grounds (to some extent) for the subjective interpretation of a discourse. This study is not just segmentation or a paraphrasing identical to close reading; rather it is an interpretation of divergent ideologies that underpin cultural constructions. This approach proves that studying literature through its language is more rewarding than paraphrasing. 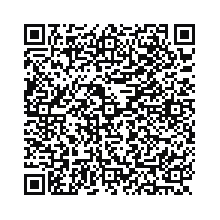