Pakhtun Identity versus Militancy in Khyber Pakhtunkhwa and FATA: Exploring the Gap between Culture of Peace and ilitancy

The Pakhtun culture had been flourishing between 484 - 425 BC, in the era of Herodotus and Alexander the Great. Herodotus, the Greek historian, for the first time, used the word Pactyans, for people who were living in parts of Persian Satrapy, Arachosia between 1000 - 1 BC. The hymns' collection from an ancient Indian Sanskrit Ved used the word Pakthas for a tribe, who were inhabitants of eastern parts of Afghanistan. Presently, the terms Afghan and Pakhtun were synonyms till the Durand Line divided Afghanistan and Pakhtuns living in Pakistan. For these people the code of conduct remained Pakhtunwali; it is the pre-Islamic way of life and honour code based upon peace and tranquillity. It presents an ethnic self-portrait which defines the Pakhtuns as an ethnic group having not only a distinct culture, history and language but also a behaviour. 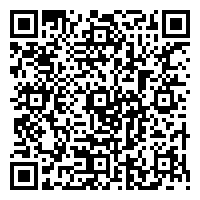