Anti-Culture Machine: The War on Terror and its Effects on Pakhtuns and their Culture

This study critically evaluates the continuing campaign against terrorism. It especially discusses the counter-terrorism policies of Pakistan and the United States of America, which affects Pakhtuns and their culture. Figures show there has been a surge not only in the number but the activities of militants in the Pakhtun region after the inception of the war on terror. It is very important, therefore, to know the effects of the war on terror on Pakhtuns culture. Mostly relying on secondary data and interviews with experts in the area, the study is a qualitative analysis of the counter-insurgency campaigns and the resultant response of the local population in the area. The analysis shows two interrelated facts. The first is that ignoring cultural values in counterinsurgency campaigns can seriously undermine the efforts of combating terrorism. The second is that engaging tribes is a useful strategy in fighting terrorism. Analysis of the war on terror further reveal that disregarding facts on the ground and ignoring strongly-held cultural and religious traditions, in other words, indifference towards Pakhtunwali, has alienated the local population, thereby strengthening the militants cause. It is recommended, therefore, that simply ignoring or deliberately targeting cultural traits can seriously undermine counter-terrorism efforts. For the counterterrorism campaign to be successful, it is necessary to gain the support of the local population. In other words, winning the hearts and minds of the people is required. 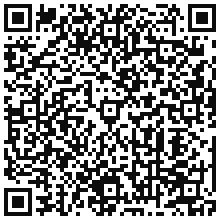