The Trump's Triumph Cards and the Future of GOP

The US presidential elections are over and to the astonishment of media, surveys and polls; Donald Trump won a stunning victory over his democratic rival Hillary by 289 electoral votes. The election results were surprising and may not be digested by many Americans for long time and especially for the Democrats. The stunning victory of Trump does not seem so dramatic if the past elections are analyzed. This paper identifies few patterns through the analysis of past elections that support the Republican victory in the Elections 2016. This article highlights those patterns calling them the "Trump's Triumph Cards" and correlates them with the results of the current election. This paper identifies that the Role of the White Population, Population with 40+ years of age, The Rubio Factor in Florida, the vote of White Women, the increasing millennial Vote and the voting collapse for democrats were the contributing factors for Trump's dramatic win over Hillary Clinton. The data is collected from national polls' surveys and statistical departments and tabulated. 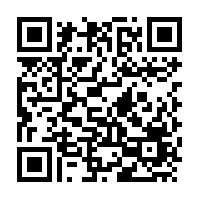