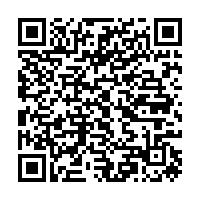 In developing countries local government system is playing its important role in the community development. The local government system not only make sure the representation of local citizens as elected leaders rather they are the great source to provide social services to the citizens at gross root level (Sellers 2007, Anjum 2001). According to the Pakistani constitution clause (i) of the Article 37 the government is required to decentralize the government administration for the public interest. Similarly, according to 140A article of the constitution the local government system establishment and devaluate power to elected leaders is the responsibility of the state (Cheema 2006, Bardhan 2006). For the purpose a Khyber Pakhtunhkhwa Local Government Act-2013 (KPLGA-2013) is introduced and implemented in the province (Government of Khyber Pakhtunkhwa, 2013). In this act the local government system is divided into three-tiered system of government i.e. village/neighborhood council, tehsil and district council. In the KPLGA-2013 every village and neighborhood council is divided on the basis of population range 2,000 to 10,000 as per the calculation of last officially published population statistics. In the act tehsils and districts areas are declared and notified on official Gazette as per W.P.Act XVII of 1967. The executive authority of the district government shall be called District Nazim (DN). The DN shall be responsible for running all the district government business accordance with the current LGA-2013 and other laws being into force at the time. The DN is assigned some functions and powers accordance with the act i.e. provision of developmental and leadership vision to the district government, development of strategies and timeframe for accomplishment of district government goals, maintaining administrative and financial functions of the district council, proposal presentation to the council, sharing of progress report, monitoring of tehsil, village and neighborhood councils functions in their areas and representation of district council in civic ceremonial activities. Beside the DN individual power and functions the District Council has assigned some functions and powers in the KPLGA-2013 i.e. approval of by-laws for smooth functioning of the departments devaluated to district government, approval of taxes, approval of long and short term developmental plans and budget for the district, elect standing, finance, accounting, conduct of business, assurances and code of conduct committees to dealt with various matters related to district government in their respective districts. Similarly, the council is responsible for review of reports and recommendations to concern committee for necessary process when and where it is required.

The second tier of the KPLGA-2013 is called tehsil council. The executive authority of the tehsil council is called Tehsil Nazim (TN). Accordance to the act TN assigned some legal power and functions, i.e. provision of developmental and leadership vision to the tehsil government, development of strategies and timeframe for accomplishment of tehsil government goals, maintaining administrative and financial functions of the tehsil council, proposal presentation to the council, sharing of progress report, monitoring of village and neighborhood councils functions in their areas and representation of tehsil council in civic ceremonial activities. Beside the TN power and functions the tehsil council shall also exercise some power and perform functions within areas under his jurisdiction i.e. approval of taxes, fines, penalties, by-laws for social and municipal services, annual tehsil wise budget formulation, short- and long-term developmental plan and land use in the area of tehsil administration. The tehsil council is responsible for elect standing, finance, accounting, conduct of business, assurances and code of conduct committees to dealt with various matters related to tehsil government in their area. In the gross root level one of the important tiers of local government system is called village or neighborhood council. The executive authority of village or neighborhood shall be called village council nazim or neighborhood council nazim. Like the DN and TN there are some functions and powers assigned to nazim in the third tier at gross root level i.e. provide leadership to the council in development and preparation of budget, chair dispute resolution in their areas and report various matters to tehisl and district council. Beside the nazim individual power and functions the village or and neighborhood Council has assigned some functions and powers in the LGA-2013 i.e. monitoring and supervision of all government departments in their geographical area. The council has power to monitor, inquire any matter related to above mentioned departments and report to tehsil and district government. The council is mainly responsible for dispute settlement, infrastructure development, child birth registration, death registration, monitoring of development work, trees plantation, organize and manage sport and cultural activities, develop and approve budget for the council and assessment of tehsil and district government in various activities planned and held in the area of the council. Under the KPLGA-2013 in Khyber Pakhtunkhwa after ten years the local government elections are held on May 30th, 2015. In local elections the contesting candidates were total 84,420. The citizens are the main beneficiary of local government system in the province. The present research study mainly focused on two objectives i.e. to systematically review the existing KPLGA-2013 and find out the role of local elected leaders in community development perspective.

The descriptive analysis contains the various variables including age of the respondent, marital status of respondents, their qualification and residence area in the study setting.

Table 1. Socio-Demographic Characteristics of the Respondents

Limitation of the Study

The present research study is conducted only in one district in the province with only quantitative research design.