Role of Diplomacy and Deterrence in Managing Pakistan-India Crisis: A Case Study of Post-Bombay Attacks Crisis

The menace of terrorism gives another blow to Indo-Pak relations in 2008 when the terrorists hit Mumbai, one of the major economic hubs of India killing hundreds of people and creating panic for almost four days. India alleged Pakistan for its involvement in the attack. India claimed that Pakistan's territory was used against India. Pakistan rejected Indian allegation, condemned the terrorist attacks and stated that it has no involvement in the terrorist attacks. The major objective of this article is to look at the role of nuclear deterrence in averting war between India and Pakistan during 2008 postMumbai Attacks crisis. The qualitative methodology is used in this research. Semi structured interviews give a rich data to better understand the crisis. The article gives three findings. First, it indicates that militant group involved in Mumbai terrorist attack wanted the nuclear weapon states to fight a war. Second, it indicates that the diplomacy plays a vital role along with nuclear deterrence in averting crisis between India and Pakistan. 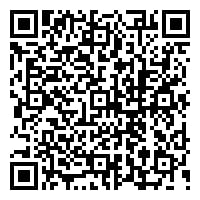