This article delineates the dismissal of the plaint under Rule 11 Order VII, Civil Code Procedure (1908) as applied by the Superior Courts of Pakistan. The different general standards, for example, the inclination of the rightness of plaint. The valuation of the suits for court charge and locale,the obligation of the Court staff qua valuation, and prudence of the court to expand fixed time combined with various auxiliary viewpoints have likewise been examined. The most significant and summoned ground for dismissal of plaint-'banned by law' has been explained with representations zeroing in on the undertone of law and recognizing dismissal of the plaint and excusal of the suit. From there on, the outcomes of the dismissal of plaint and cures there against have additionally been brought getting looked at. The furthest point of this article closes the entire conversation.

Keywords : Valuation of the suit, Dismissal of the plaint, Point of reference 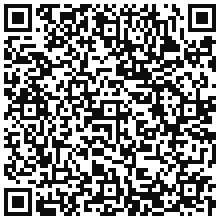