This exploratory study unfolds Socio-psychological problems, and their impacts on youth through post-2000. Four Pakistani selected Urdu films as Shoaib Mansoor's Bol (2011), Jilani’s Chambaili(2013), Khuda Kay Liye (2007), and Bilal Lashari’s Waar (2013). The study locates these films in their broader frame of socio-psychological dynamics to grapple with the production of gender relations along with the articulation of identity. Furthermore, the study vigorously tends to disclose consumption effects and influences of identity, entertainment, socialization, surveillance, and cinematic techniques observed in the films by Pakistani youth in fulfilling their desires of gratification. This study uses quantitative research methods by applying a Cross-sectional survey approach. The convenient sampling was used to sample size N=371 among the population of the capital city of Islamabad. It was found that Pakistani youth broadly identify themselves with the national identity depicted in the films.The cinematic techniques used for the production of socialization gratified youth to some extent. The study recommends that the national film Industry should come up with socio-political realities-based cultural productions. 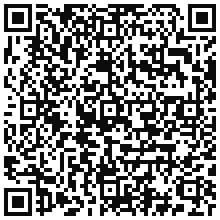