Tehreek-e-Taliban Swat (TTS) emerged as a formidable challenge for the Pakistani administration in Swat. It was able to launch a successful insurgency in Swat within a very short period.It was very surprising for the political observers that insurgency got considerable public support in a limited period. TTS touched the climax of strength when it was able to get administrative control of the Swat area. The leadership of TTS used modern tools and tactics i.e. FM radio to propagate its program.A private militia (Shaheen Force) was also organized to launch the armed struggle. Local police and Frontier Constabulary (FC) became ineffective in maintaining the administrative control of the Government of Pakistan. The study investigates how TTS was able to become so powerful in Swat. It isan analysis of the factors responsible for the rise and augmentation of TTS under the leadership of Fazalullah. The purpose of the study is to develop a scholarly understanding of the ideological foundation and strategy of TTS. This study is explanatory in its nature. The explanation is based upon the qualitative interpretation of the actions, policies, and strategies adopted by the leadership of TTS. 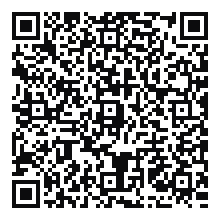