A Comparative Analysis of the Editorial Treatment of Arab Israel Relation in US, Pakistan and Iran Press

The principal ulterior motive of this research was to break down the essential content of news editorials considering the details of Arab- Israel relations by a different newspaper. This circumstantial research appraised how much and in which direction diligence was paid to Arab- Israel relations news in the editorial of these newspapers. To delve into the status of Arab- Israel relations in the editorials of elite newspapers, content dissection was conducted. Two theories, the first agenda-setting theory and the second framing theory, were taken as a frame of current research. The determination of detailed results of this study concluded that most of the newspaper contents bounced on the Arab- Israel conflict/crisis and Israel latterly a pperception by Arabs that were highly addressed in the given time period. Conclusion of the quarter editorials summed up the multiple viewpoints. 2/3 of all editorials altercate the nonscientific affirmation. Tehran times had content that was contemptible of scientific affirmation. On the other hand, "The Washington Post" showed more addiction to focus the Arab- Israel relations. 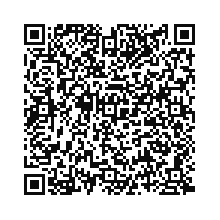