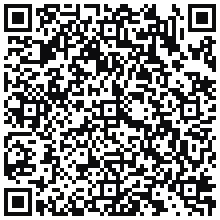 Today, the sport has developed into a significant and intricate cultural phenomenon. Its scope is immense, and almost everyone has been affected by it in some manner (Timothy, 2021). Experts in physical education and sports have conducted some research studies that have emphasized the value of examining the specific structures associated with the different sports activities to identify and develop sports talent and improve performance at various levels of sporting competition (Bedi, 2019). The performance of a sportsman is influenced by several different elements. They are tactical, technical, mental, and physical. The most crucial of these is physical prowess. Skills, training, motivation, and physiological factors all have a role in performance (Smith, 2003).

volleyball is one of those sports that are most popular throughout the world (Bere et al., 2015). It is a sport that requires strength, agility, and speed. In this game, physical preparedness is crucial. Therefore, factors relating to athletes' health have a significant impact on their performance. Unfortunately, the volleyball players' level of proficiency falls far short of world-class levels.

Over time, consistent exercise brings about a variety of physiological changes that enhance performance in the exercise activity. Age, gender, initial training state, genetic potential, and the length, intensity, and frequency of workouts all have an impact on how much of a training reaction a person experiences (Wenger & Bell, 1986). The exercise modality employed and the training type (endurance, strength, or speed) are all impacted by the training stimulus's point of specificity (Pierce et al., 1990). Insufficient training stimulus and/or excessive recuperation could result in a lack of progress or detraining; hence it is crucial to provide for appropriate recovery intervals to allow adaptation to the training load (Neufer, 1989). While overtraining may result from excessive exercise and insufficient rest (McKenzie, 1999). Endurance is the ability to sustain a specific speed or power production over the longest period. Performance in endurance sports therefore heavily depends on the aerobic resynthesis of ATP, which is dependent on the availability of fuels in the form of carbohydrates and lipids as well as the proper delivery of oxygen from the environment to cytochrome oxidase in the mitochondrial electron transport chain. One can create unique "velocity-time curves" that plot various speeds (or power outputs) against the amount of time they can be sustained to approximately describe endurance.

The pulmonary, cardiovascular, and neuromuscular systems are altered by endurance exercise, which improves oxygen transport to the mitochondria and improves metabolic regulation inside muscle cells. These modifications cause the velocity-time curve to shift to the right, which enhances endurance exercise performance. The four essential components of aerobic (endurance) fitness established by Whipp et al. in 1982 exercise economy, lactate/ventilator threshold, oxygen uptake kinetics, and maximal oxygen uptake will be the subject of this review (V.O2max). For this study, endurance exercise is defined as continuous exercise lasting 5 to 240 minutes at an oxygen saturation level of 65 to 100%. Shorter-duration events must be considerably influenced by anaerobic metabolic pathways (Hill, 1999). While elements other than "endurance fitness," such as psychological, dietary, thermoregulatory, or musculoskeletal difficulties, may limit longer-lasting events.

The long-term research has revealed a link between a person's maximal rate of aerobic energy expenditure, or V.O2max, and success in endurance sports. It is generally agreed that during whole-body exercises like running, cycling, and rowing, the oxygen ratio to the muscles becomes limited. O2max rather than the muscles' capacity to take oxygen from the blood it receives. Maximal cardiac output and V. O2max appear to be closely connected (Qmax). Because maximum heart rates frequently resemble those of sedentary people. O2max values commonly observed in elite athletes are, on the other hand, linked with extraordinarily large maximal stroke volumes.

Due to a rise in the arteries' venous oxygen difference, muscle exercising. An increase in stroke volume that lowers the submaximal exercise heart rate is caused by training-related increases in left ventricular size (SPINA, 1999). O2max during maximal exercise. In addition, an increase in total blood haemoglobin concentration occurs following endurance exercise, which improves the blood's capacity to transport oxygen. Red cell 2,3-diphosphoglycerate also rises, which increases to offset the drop in haemoglobin concentration since the increase in plasma volume is noticeably more than the increase in red cell mass. Since the blood's reduced viscosity may lessen the vasculature's resistance to blood flow.

The starting level of fitness of the individual, the length of the training program, and the intensity, duration, and frequency of the individual training sessions all affect how much V.O2max increases as a result of endurance training (Wenger & Bell, 1986). The appropriate workout volume and intensity for increasing this parameter are unknown because the bulk of studies on endurance training has demonstrated some increase in V. O2max with time. However, other research indicates that training at a high intensity (about 80 to 100% of V. O2max) may be required if the lowest training volume for a particular event is covered. In a study, Carte et al. (1999) looked at how 16 physical education students' aerobic fitness measures changed after 6 weeks of endurance training.

V.O2max was discovered to have grown by over 10% despite the severely constrained training regimen. Similar results from other teams have demonstrated that short-term endurance training programs can enhance V. O2max by 5–10%. (Gibbons et al., 1983; Billat et al., 1999). In 9 weeks of endurance training, V. O2max increased by 23%, according to Hickson et al. (1998); however, the majority of this improvement (14%) happened after only 3 weeks. Excessive volume, which enhances stroke volume in response to exercise and also provides increased patience to heat stress, is considered responsible for rapidly raised volume. O2max and in the same way increasingly decrease in submaximal exercise heart rate. There is some evidence to support the idea that V. O2max will stabilize with time and with intensive training regimens. Continued developments in submaximal factors like workout economy and lactate threshold will lead to future performance gains (Pierce et al., 1990; Rusko, 1992). Due to the numerous ways and surfaces on which it may be played, volleyball is one of the most flexible sports. The participant touches the ball more than once every other turn in this six-person contact game (Ibikunle & VS, 2016). Volleyball will improve your overall strength and muscle tone, particularly in your arms, legs, and core, according to Athletic Physical Therapy (Chandler et al., 2007). Maximal oxygen consumption is the quantity of oxygen that can be absorbed and utilized by a person (VO2max). oxygen's maximum rate of absorption is frequently used to gauge an individual's level of aerobic fitness. The highest pace at which the body can absorb and use oxygen during strenuous activity is known as maximum oxygen absorption (VO2 Max) (Tate et al., 2020). The goal of the present research was the analysis of the athletic fitness levels of male volleyball players competing at the club and university levels.

The researchers adhered to the following research methodologies to understand the specific findings and conclusion of the present study. A comparative study was done to examine the levels of aerobic fitness between players at the club and university levels. Male volleyball players who played at various levels made up the study's target population. Comparing the aerobic fitness levels of male volleyball players was the main goal of this study. A purposive sampling technique has been used for sampling. For this study, 60 male players between the ages of 19 and 24 were chosen, with 30 coming from the University of Punjab in Lahore and the remaining 30 coming from a nearby club called "Volleyball Star" in Lahore. The test was administered in the sports department of sports sciences of Punjab University. The Harvard Step Test was administered manually by the researchers. The Harvard Step Test equipment utilized in this study included a Step or platform that was 20 inches (51 cm) high, a metronome or cadence tape, and a stopwatch.

Table 1. Age, Height and weight of the participants

The present research compared the mean aerobic fitness levels in male university volleyball players and club levels. It was Purposive sampling was utilized in this research to collect data. Given that this study focused on the cardiovascular health of male volleyball players. The findings revealed a significant difference between club and university players in aerobic fitness (p<0.05). In comparison to club volleyball players, university volleyball players were shown to have superior aerobic fitness. Gavin et al. (2014) also support the findings of the current investigation. Technical success may be hampered by features like speed and vertical jump. Although it does need some anaerobic work, volleyball is mostly an aerobic activity. Cardiovascular fitness is essential for volleyball players since they must use both of their energy systems to play the sport. The low-intensity, aerobic exercise will help build a strong cardio base, which is essential for a long game. The secret to endurance lies in one's level of cardiorespiratory fitness. Aerobic endurance refers to the body's ability to transport oxygen where it is needed when engaging in physical exercise. The secret to endurance lies in one's cardiorespiratory fitness level. Aerobic endurance refers to the body's ability to transport oxygen where it is required when engaging in physical exercise. Maximal uptake oxygen (VO2max) has been taken by the World Health Organization as a good indicator of cardiorespiratory fitness. In volleyball games, relay points allow the match to continue for an extended period. Breathing swiftly and deeply is essential for being efficient while playing the game (Ahmad & Sahar: 2019). Players will be able to improve their performance and increase their chances of winning with better cardiorespiratory endurance. Competitors compete against opponents with equivalent skill or performance at different levels of competition.